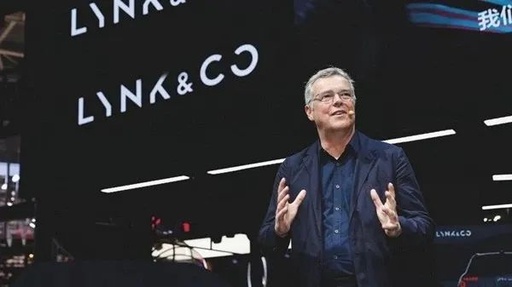 Geely and Volvo's experiment with the creation of Lynk & Co has bounced between convincing and worrying, sales currently falling somewhere between the two. April deliveries shot up by a third compared to the same month in 2019 and fresh vehicles aren't too far away either.

There have been promises that the division will expand out of China - specifically to certain US and European cities - but for the moment, all sales are concentrated in the People's Republic. The goal of delivering half a million Lynk & Co vehicles in a single year remains, but it's certainly not going to be achieved in 2020 as had once been the target. Although it's still too early to speculate, mid-decade might be a more realistic time frame. There have been three models launched so far, each one closely related to the other, with additional powertrains following, including PHEVs and one hybrid.

Of EVs, there are none, so far at least. That situation is unlikely to continue, even with the various other Geely Holding brands already offering them (Polestar, Volvo, Geely, Geometry and most recently, Maple too). Lynk & Co is officially positioned above Geely and below Volvo so any electric models would not threaten those brands' EVs.

The logical launches of various cars and crossovers called 01, 02 and 03 were followed by the addition of the 05. Why not zero four? The Coronavirus crisis is the likely culprit for having knocked things out of sequence but such a model is coming. There will also be more developments to come for the 01, 02 and 03: see the link to PLDB for those vehicles.

The 04 will apparently be another crossover, although a case can be made to label some of Lynk & Co's vehicles SUVs. This next one is thought to be based on the 02 five-door hatchback. There should be three engine choices, including one PHEV: 1.5-litre petrol three-cylinder turbo, 1.5-litre three-cylinder turbo plus one electric motor plug-in hybrid, or 2.0-litre four-cylinder petrol turbo. Six-speed manual and automatic transmissions will feature, along with a seven-speed DCT.

The 4,592 mm long 05 is a coupe-crossover which is based on the 01. Although it was revealed in December, the market launch in China had to be delayed, sales only commencing in May. The first engine is a 254 PS and 350 Nm 2.0-litre petrol turbo but a PHEV should join the range later in the year. As for the life cycle, it's hard to say: given that the 01 dates to late 2017 and should therefore be in production for another four and a half years, the 05 will probably be facelifted in 2022/2023 and replaced around 2025/2026.

Images of the 06, to be sold initially only as a plug-in hybrid, were disclosed by China's Ministry of Industry and Information Technology (MIIT) in December last year. This was the first time that the model, a crossover/SUV, had been seen. According to the government agency, the 06 PHEV is 4,340 mm long and has a 2,640 mm wheelbase. The second of these numbers is shared with the Geely Icon, a model which is known to be based on BMA rather than CMA, the platform used for all previously launched Lynk & Co models (01, 02, 03).

An EV sized midway between the Tesla Model 3 and Model S is under development by Geely. This car will utilise PMA (Pure electric Modular Architecture), a platform which is to be shared by Geely, Volvo, Polestar and Lynk & Co. Insiders claim the car will be 4,850 mm long, 1,980 mm wide and 1,530 mm high with a 2,999 mm wheelbase. Production should start later in 2020.

While PMA is said to be fully adaptable for front-, rear- and/or four-wheel drive applications, DC1E (this vehicle's development code) will supposedly be offered in RWD and 4WD forms.

At the moment it is unclear whether this car will be branded Geely, Geometry or Lynk & Co. It's claimed that there will be two motors and a 100 kWh battery pack. A smaller pack and single motor also seems likely.

Geely stated in March when announcing its profits for 2019 that the first vehicle for PMA would be 'unveiled' later in 2020 but it did not name the model in question.

Scan the below "AutoUpdate" QR code , and stay up to date with Chinese automotive Industry Scan the below "AutoUpdate" QR code , and stay up to date with automotive Industry , and free access to latest industry reports and events 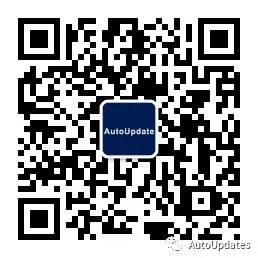